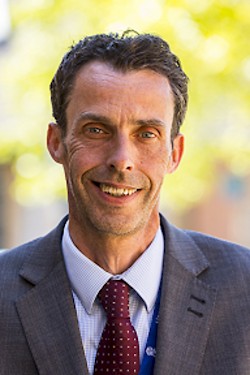 Hampton Academies Trust is delighted to announce the appointment of Al Greenwood as the Head of School for Hampton Gardens School. Al joined Hampton College as one of the founding members of staff in 2005 and has been a senior leader since 2007. In 2011 he became the Deputy Headteacher of Hampton College. He has made an outstanding contribution to Hampton College with a particular emphasis upon supporting all learners to achieve to the best of their ability.

Al’s experiences of growing and developing Hampton College will be highly relevant to his role at Hampton Gardens School. He will take up his new role in January 2017 but will not move across to the new school full time until it opens next September. However, his appointment is another important milestone in ensuring Hampton Gardens is ready to open for business in September 2017.